Go back a day
Highlight an Outlet:
Choose your preferred news outlet to have their stories displayed first in each news section.
Trending topics derived from 1495 headlines via 36 feeds

Trump lashes out at Biden in Rose Garden: 'There's never been a time when two candidates were so different' - Fox News Top Stories

'Difficult to attack vanilla': Trump's throwing everything at Biden but nothing sticks - NBC Top Stories

As Trump and Biden battle, election officials are running out of time, money for November - USA Today Top Stories

Joe Biden tells Trump to 'listen to your public health experts' ? video - The Guardian US News

Trump campaign struggles to rev up rally machine - CNN US

Missouri governor says Trump is ?getting involved? in case of St. Louis couple who pointed guns at protesters - Washington Post US

A message for President Donald Trump from his niece: 'Resign' - ABC Top Stories

Trump supporter: I wouldn't want to be in his position - CNN Top Stories

'A record of telling the truth': Fauci stands ground as Trump works to undermine him - The Guardian US News

Trump "not interested" in talking to China about trade - CBS US

The Trump supporters who changed their mind: 'I'd rather vote for a tuna fish sandwich' - The Guardian US News

Authoritarian voters pushed Trump to victory. Can they do it again? - The Guardian US News

Larry Elder: Black support for Trump could double what it was in 2016 - Fox News Top Stories

Expand all 88 stories like this...
Show all stories
#2
Coronavirus cases soar by more than 1 million over 5 days

Global surge in coronavirus cases is being fed by the developing world ? and the U.S. - Washington Post US

Philadelphia to cancel all large, public events for 6 months over coronavirus concerns - Fox News US

Catch up: Here's what you need to know about the coronavirus pandemic this morning - CNN Top Stories

Does coronavirus spread in the air and how do we stay safe? - The Guardian World News

'A slap in the face': how racial bias dogs US coronavirus response at every level - The Guardian World News

An oil spill in the time of coronavirus - Al Jazeera English

"None of us lie": Top testing official defends coronavirus task force - CBS US

Texas man accused of taking $1.1M in coronavirus stimulus for companies with no employees - Fox News US

Revealed: the inside story of Europe's divided coronavirus response - The Guardian World News

Tennessee doctor who tested positive after leading coronavirus meeting now on the mend, said he almost died - Fox News US

Coronavirus: A user's guide to wearing a face mask to the shops - BBC Top Stories

Expand all 71 stories like this...
Show all stories
#3
Brits remain reluctant to wear face masks, despite having the highest coronavirus death toll in Europe 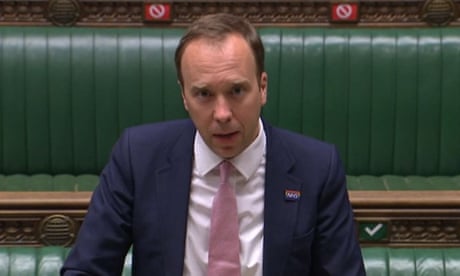 Face masks to be mandatory in shops in England, says Hancock ? video
The Guardian World News

Face masks to be mandatory in shops in England, says Hancock ? video - The Guardian World News

Wearing a mask became political in the U.S. In England they've just been a rare sight ? until now. - NBC Top Stories

Best Buy to require all customers to wear masks - CBS US

?If it saves a life, wearing a mask is worth it? - BBC Top Stories

Australia's Covid-19 face mask advice: can I reuse them, what's the best to use and where to buy? - The Guardian World News

Coronavirus: what are the rules over face masks in English shops? - The Guardian World News

In Japan wearing a mask is habitual ? can the UK follow suit? - The Guardian World News

It's official: The CDC wants you to wear a mask - CNN Top Stories

One day into new mask law, one man is dead and another injured over a dispute in a Michigan store - CNN Top Stories

The Papers: UK goes 'our own Huawei' and masks in the office - BBC Top Stories

Expand all 24 stories like this...
Show all stories
More Stories
#4
Alleged Epstein cohort Ghislaine Maxwell to appear before NY judge for bail hearing Ghislaine Maxwell denied bail after pleading not guilty - CBS US

Ghislaine Maxwell due to appear at bail hearing - BBC World

Ghislaine Maxwell prosecutors will claim 'there is no Jeffrey Epstein' without her, Miami Herald editor says - Fox News Top Stories

Expand all 24 stories like this...
Show all stories
#5
First federal execution in 17 years carried out after Supreme Court cleared way U.S. carries out the first federal execution in 17 years - CBS US

Britons toppled a slaver?s statue. A guerrilla artist replaced it with a Black Lives Matter protester. - Washington Post US

'Hope flows through her': artist Marc Quinn on replacing Colston with a Black Lives Matter statue - The Guardian World News

Larry Elder: Black support for Trump could double what it was in 2016 - Fox News Top Stories

A disabled black veteran drove through Alabama with medical marijuana. Now he faces 5 years in prison. - Washington Post US

Expand all 17 stories like this...
Show all stories
Thursday

US cases are nearing 3 million. Here's how cases are trending in your state - 17 similar stories